Market Recap – The Last Few Months On The Corridor 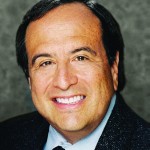 After a few months of minimal activity on the Corridor, it has taken a 180 deg turn.  In March thru May, three, two and four units were put into escrow.  But all of a sudden, in June eleven units went into escrow.  What makes the data even more interesting are the Days on Market (DOM).  While they remained in the m90+ range for Backup status, they moved to 155 in June.  That indicates to me that a lot of these properties have spent their course and owners can no longer hang onto the units, so prices are lowered sufficiently for Buyers to pull the trigger. It’s a long way off from the rate at the height of the market, but an indication of where we are going in 2011.