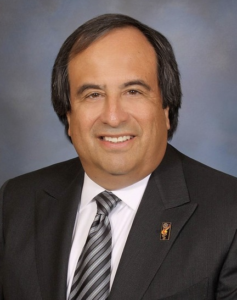 Real estate is a very geographically focused business that requires utmost attention to events that can change values in an instant. A cursory review of MTA plans for our Purple subway line are already impacting commercial values in the immediate vicinity of planned subway stations in Beverly Hills and Westwood. Pending pipeline construction, zone variances, street renovations, freeway expansions, are all examples of events that may have a positive or negative impact on property values based on our gods of supply and demand. It just seems that multiple issues in real estate and life itself keep hitting my screen, offering me topics of interest for this blog.  Things are moving so fast, there’s not enough time to write a blog for all of them.  Let’s tackle some of them in short order.

♦ My granddaughter just turned 5 years old two days ago, and I played hooky by flying to the bay area to spend the weekend with her (and her family). I took naps each day, thanks to the energy level of a 5 year old and her younger 2 year old sister. Wow. Absolutely the best.

♦ Yes, we are in a correction.  In most of the more affluent parts of the country, the last three years has seen a decline in the number of unit transactions, though not necessarily in the values or the $/sq ft. Now it is starting to seep into the values as buyers start pushing back and negotiations become more intense. Example; we are about to close escrow on a 2 bedroom 1,617 sq ft condo in Westwood, beautifully maintained. It was originally listed at $925,000, then $950,000 and was in escrow at both prices but fell out due to the underwriters who mostly use their position to overcompensate for their lack of male genetilia. Yes I did write that. (Imagine this – telling a qualified doctor that in order to be approved he must secure the confirmation from the HOA that they amended their by-laws and pass a new budget that includes a substantial monthly dues increase to raise the percentage of contribution to the Reserve Account from 2.5% to 10%.  All for the benefit of a homeowner who is about to move out. Chances of that happening?  Zero percent). And did I mention that three buyers together in a multiple offer situation all went elsewhere when they offered $925,000 and $935,000 and were countered to the listing price of $950,000? Such a small percentage increase and they all disappeared. Buyers are definitely in revolt.

♦ It’s not true; blondes do not have more fun.  That’s a discriminatory statement in our pluralistic society that encourages stereotypes among young women. (i.e. I hate being politically correct)

♦ I have no statistical data to support the following statement, but I do feel that the dynamics of service-based industries are changing in line with historic patterns in a free market economy. Seasoned veterans are gobbling up market share. The entry level into real estate sales has inched higher as newbies have discovered, having to spend substantial sums in marketing and promotion in order to get some traction. This stems from the fact that the Great Recession remains burned into our collective memories and financial decisions involving major assets are no longer being treated with a callous attitude. Sellers are researching their choice of real estate agent and consistently choosing to trust their negotiations with seasoned veterans. Buyer agents are increasingly seeking out the listing agent to represent them in order to secure a slightly better advantage in negotiations.  Neither decision should be taken lightly and both buyers and sellers should ALWAYS ask around the community and do their own research before signing a contract. But I’m sure that real estate sales are going to mirror other sales related industries. Even though units are declining, Lynn and I saw our 4th best year ever last year as measured by gross commission income and 3rd best in unit sales. In discussions with other agents in the top 10% of their office, I seem to hear the same message; “players” are increasingly gobbling up market share at the expense of newer agents with no history.

♦ Southwest Airlines couldn’t launch a flight on time even if their lives depended on it.

♦ The wealth gap in the United States continues to grow, with the top 5% of the country increasingly distancing themselves from the rest of our country.  “The share of wealth held by the top 1% rose to 39% in 2016, up from 30% in 1989…” (WSJ 3/9/18)  This is not healthy, it’s not moral and it’s a recipe for revolution. I got a little view into this disparity in the past few weeks. I’ve been asked by Israeli clients of ours to offer some assistance to their friends in Tel Aviv who inherited raw parcels of land in Arkansas and Florida. What I found was undeveloped land with no address (not assigned until development starts) with market values in the $15,000 to $20,000 range for ¼ acre parcels.  The property taxes on the Arkansas parcel have been accruing at the ground swelling rate of $45/year for four years!  So I ask myself (a) how do real estate agents make a living in that market, (b) how outrageous does it appear to them when they read about $5,000,000 condos and $20,000,000 homes in Manhattan and Beverly Hills, and (c) how do real estate agents make a living in that market?  Obviously, I do this type of research to assure the buyers or sellers that they get legitimate and professional representation by a qualified Coldwell Banker agent at no charge because it’s the right thing to do, but those questions still haunt me whenever I get one of these out-of-California requests to research.

♦ Real estate agents who carry a regular retinue of inventory in their backlog are the rock stars of a market declining in units. They carry the gold ticket that would insure a buyer’s agent’s ability to survive, pay his bills, keep his office and maybe be lucky enough to get another listing out of the transaction.  So those listing agents are hunted down every day in the office with offers to handle their open houses, put up their signs, run and get their lunch and anything else in order to gain inside information.  This gives the listing agents a tremendous financial advantage at surviving these upcoming lean times, and yet a stat surfaced recently that astounded me;  on the upper end of the market approximately 1/3 of all transactions never see the light of day on the MLS because they are double-sided by the listing agent, representing both buyer and seller. That’s just wrong, plain wrong. No property can be properly exposed to the market for the highest price without being exposed on the Multiple Listing Service. Those agents who say otherwise are just plain wrong and doing a disservice to their clients, unless there is a paramount reason to do otherwise. I smell greed in these decisions and that smell is sure to end up in a lawsuit or a major action by the Dept of Real Estate bloodhounds sooner or later. Stay tuned.

♦ I’m very proud to be a member of Rotary in the Westwood Village Club.  We meet every Thursday for lunch at the Faculty Center in UCLA. If you have an interest in something that is guaranteed to change your life, be my guest to hear a speaker any Thursday afternoon and attend my Rotary Club. Contact me.

A very smart woman has told me throughout my life that “Life is a living, learning thing.”  Mom is right. I hope you find solace in that fact that we live in the best of times, in the best location in the world with rights envied by most others.